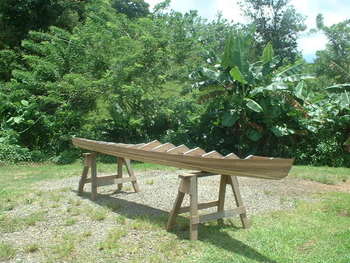 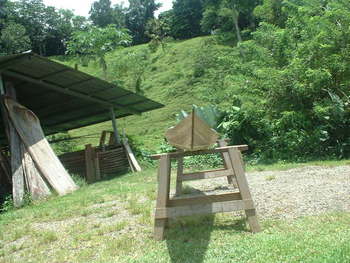 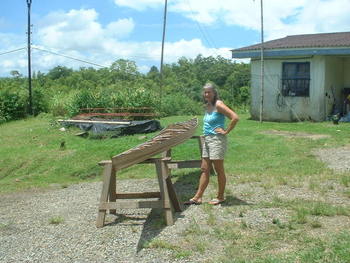 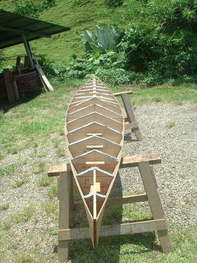 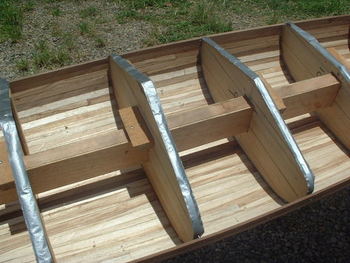 No, I didn't actually start yet. Just wanted to put some teaser photos up of the boat right side up. Really looking like a boat from this perspective and you can get a much better idea of its final shape. (first 6 photos on the left)

Okay, it's been few days since these last pictures. Some of the time was spent pondering a deck treatment. Ended up getting something sketched out when my artist friend was over. Then we talked about material for a bit. Was originally going to use ron ron for the hardwood highlights. Seemed like a more exotic name that what I'm using, guapinole.

Selected the first board in the stack that was a 1" piece and had some good heartwood. Was a few down of course. After pulling it off the pile I was reminded just how heavy this stuff is. The board measures about 20" across and 4 varas long (about 12'). Had to weigh 50lbs at least. Started wondering if it was a good idea to add very much to the boat. The ron ron is pretty similar as most of the hardwoods I've experienced. Corteza and almendro are 2 other hardwoods and there's not much difference in weight and density between them all. That delayed the next task of cutting deck strips.

Already knew that I would use the ispevel amarillo as the filler wood. It's what they call a semi-duro, something between a softwood and hardwood. Weighs a little more than the laurel I used on the hull but is almost as flexible. Several people have said this wood is used by the local boatbuilders in the country. And they could even be referring to dugout boats. Saw many still in use in Boca del Toro, Panama so that's a real possibility.

Decided to go ahead and use the guapinole. First thing to do was clean up the boards with the metabo (or right-angle grinder for the gringos). After that it was all saw, jointer, and planer work. Tossed in a couple bonus photos in this collection. 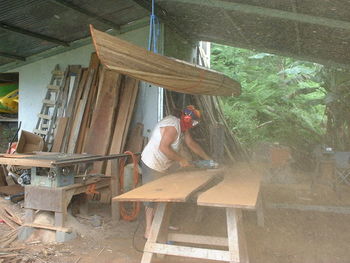 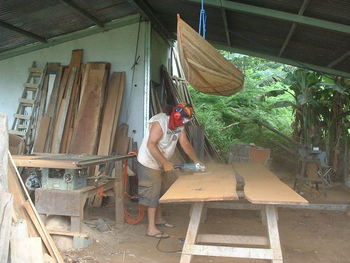 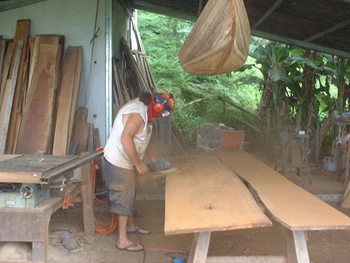 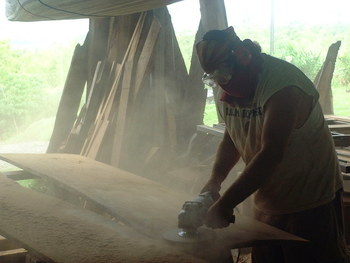 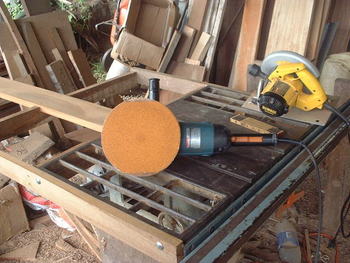 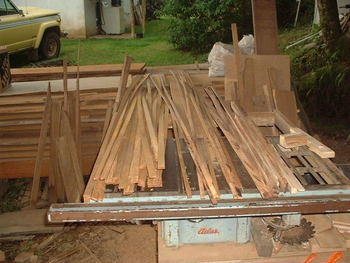 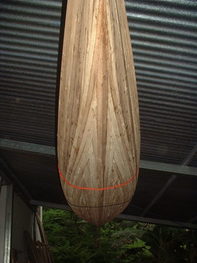 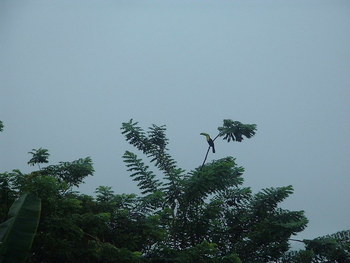